In a previous post I discussed how fitness entrepreneurs Joe Weider and Bob Hoffman used their bodybuilding magazines as an outlet to promote nation strength and army success during the Second World War and the Korean War.

Although this was happening in the 1940s and 1950s, it was not a novelty within the realm of physical culture.

In the 1920s, two years after the First World War, Health and Strength magazine out of the UK, published articles regarding WWI and their impact on the English nation. One such article had a thing or two to say about neurasthenia, more commonly known as Shell Shock.

Arising during the First World War, the term Shell Shock arose. A Post Traumatic Stress Disorder caused by an intense and marking event in one’s life such as the visuals of war, the sounds of warfare, or the very fact of being part of an impactful event such as warfare. 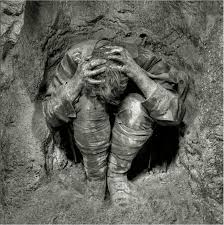 Thought to be caused by one’s proximity to an exploding shell (hence Shell Shock) which shook nerves in the brain, the ‘disorder’ was later paired with numerous hypotheses from fatigue to faking. With neurasthenia not taken seriously, most soldiers who displayed symptoms of Shell Shock were either simply termed crazy or were viewed as malingerers (at times, leading to their execution.)

Okay, way to bum out the mood! What about muscles in all of this?

Once the war came to a close, a closer look was given to Shell Shock in order to understand its causes, its implications, and its cures.

One hypothesis arose explaining that neurasthenia was caused by a deficiency in one’s diet. Sleep, massages, and a strict dietary regime was believed to cure shell shock in no time. 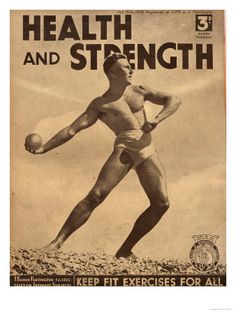 However, for T. W. Standwell, contributor to Health and Strength magazine, the physical body was the main cause for such a mental ‘decline’. Standwell believed that the only reason one would be Shell Shock during the war was because he possessed a “debased body” – a low quality physique. Building on the argument that the Shell Shock victim was a malingerer, Standwell explained, in an article asking “Are you a potential Post-War criminal” that soldiers who claimed they were Shell Shocked were “degenerates” who were of no value to the nation and that cases of neurasthenia were “precipitated collapses”, an occurrence that could be predicted simply by judging one’s physique…

Sly seems pretty fit to me.