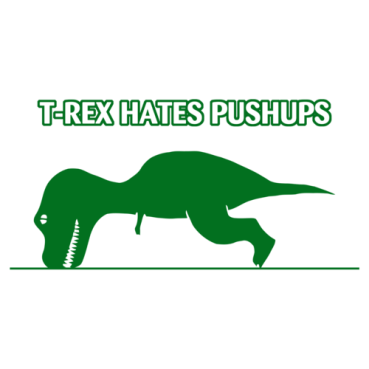 It seems like every time we write a piece on the history of a certain exercise we start with a mention that history is murky business. Well, once again dear readers, this history is murky. After scouring the amazing world of the internet and digging into a handful of books, here’s what we came up with.

The first mention of a push up arises in Hindu culture thousands of years ago! Zoroastrians (?) people practicing the ancient religion of Zoroastrianism would perform the embryonic push up as part of a ritual which praised the sun; the sun meaning fire, and fire or atar being associated with purity of the individual and of life in general.

The first push up, now commonly known as the Hindu push up (or the Dand), required the individual to perform a downward dog transitioned into an upward dog.

Although yoga requires participants to perform one of these and hold the position while breathing deeply (and at times hoping it will end soon), ancient Indian soldiers would perform a consecutive number of these to remaining fighting fit.

When researching the Hindu push up, the name Great Gama arises. A famous wrestler in the late 1800s going into the 1900s, the Great Gama is known for his undefeated 52 year wrestling career, tallying a total of 5000 matches. But why discuss the Great Gama in this context?

Well reports say that, as his daily routine, the Great Gama would perform 4000 Hindu Push Ups followed by the same amount of Squats. No wonder he was never defeated and no wonder he was reported to have lifted a stone weighing 1200 kg while in his twenties. Let me type that again to make sure my keyboard understood the number; that’s a stone, lifted from the ground, that weighed 1200kg…that’s over 2600lbs. Hindu push ups here I come.

When in Rome, do Push Ups??

Another surprising fact arises when researching the push up. It is said that these were done in Ancient Roman times. Credited with the push up is Roman Emperor Constantine, or Constantine I, or Constantine the Great (not related to Alexander). For those of you who are interested, Constantine was the first Roman emperor to convert to Christianity (on his deathbed) and put a stop to the persecutions of Christians.

His entire relationship is vague though. Did Constantine simply perform push ups in his chambers to have a pre-speech pump? Did he do them for the health benefits? Did he teach the push up to his army which sealed his (surprising) victory over Maxentius’ great army? As always, fellow readers, if you have any information, please comment and share the knowledge.

“Bring Sally Up…” I rather stay down.

It is not until 1905 that the push up, as we know it, was modernized and slowly brought into the mainstream by someone called Jerick Revilla.

Now the push up is arguably the most popular exercise of them all. It is frequently used in the military as fitness or punishment. It is also commonly used in athletics and sports teams. Children in gym classes everywhere are introduced to the push up at an early age. And finally, I am fairly confident that gym-goers can spot a push up on a daily basis.

Although the push up as we know remains (and will surely remain for the better part of forever), unorthodox and unconventional variants have made their appearance everywhere. One might see people performing handstand push ups; push ups on their knees; push ups with their feet on a bench; push ups followed by self praise done by applauding themselves; applauding themselves with the hands in their back; and many, many…many more.

As you can see, the push up seems to be as old as history itself, and I state with confidence that it’s here to stay.