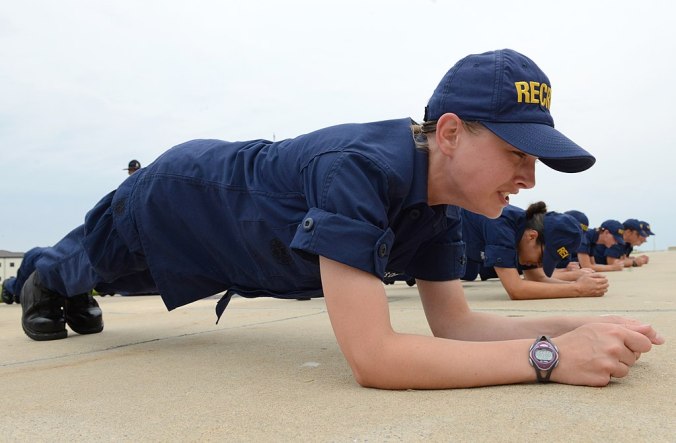 Chances are every single one of use has spent a seemingly endless amount of time stuck in the ‘plank’ position shown above. When I first began weight training for rugby as a starry eyed teen we did every kind of vacation imagine. We did it for time, we moved in circles, we placed weights, and even at times each other, on our backs to increase the resistance and improve our core.

Was it all a waste? Probably if truth be told. Though one can feel the effects of the plank on their abdominals almost instantly, any pain I suffered from having a week ‘core’, that oh so mercurial term, was eventually solved through copious amounts of squats, deadlifts, reverse hyper extenions and back extensions combined with strict cable crunches and hanging leg raises If these exercises don’t challenge your core, I’d suggest re-evaluating your form.

Now in any case it’s undeniable that the plank exercise has become a mainstay in the fitness community over the past two decades. Though fading out in my own gym, at least somewhat, it’s still used by numerous personal trainers and classes the world over. This leads us to the point of today’s post. Who invented the plank exercise and how did it become so damn popular? Furthermore, is it actually beneficial? I’ll put my own prejudices aside as best I can for the last point.

Who invented the Plank?

Now as someone currently doing a PhD on physical culture in the early twentieth-century, I like to think that I can at least research. If nothing else, and there is very little else, I can use the Google machine as a force of good. As is so often the case, trying to uncover the history of certain exercises smashes my fragile ego into so many pieces. This is a very roundabout way of saying that I simply cannot pinpoint when the plank exercise was invented.

What I can do however is tell you some precursors and who helped to popularise the movement making my useless PhD slightly less useless… I think.

Now from spending several days on this point a common theme has emerged. Specifically, people have cited Joseph Pilates, the man behind the Pilates school of training as the inventor of the plank. Unlike modern iterations, which valorise the amount of time held in this position, Pilates supposedly used the exercise for reps and strength as opposed to endurance. When people cite Pilates as the precursor, they’re generally referring to the Leg Pull Front exercise shown below, which again cards on the table, I have no real experience of.

So the Pilates system of training emerged in the 1920s, the story of which we’ll cover in a later post, which definitely seems to lend credence to claims that Joseph Pilates invented a plank-esque exercise.

Another thought which struck me was the invention of the burpee. Try and remember the last time you did a round of Burpees, I usually block it out, but try. One segment of the move includes a plank style hold in the push up position. As we know from previous blog posts, the Burpee was promoted in the late 1930s and early 1940s by Mr. Royal H. Burpee, possibly the greatest name of all time. Even if Pilates bested Burpee, a sentence I never thought I’d write, by a decade or so, it’s possible to say that combined both men helped to promote early precursors of the plank.

What happens in the following decades has proven the greatest mystery to me. Both Pilates and the Burpee continued to be used but we were a long way from the ‘Core’ craze which seemed to hold the plank exercise at its forefront. What happened?

If you’ve been having around the dark recesses of the internet occupied by the lifting community the chances are that you’ve come across Dr. Stuart McGill at some point in time. Based at the University of Waterloo in Canada, McGill’s life work seems to be the eradication of lower and general back pain as well as the promotion of spine friendly abdominal work. Whether we know it or not, McGill’s work over the past two and a half decades has had a substantial impact on the lifting community. Thanks in part to him, my beloved Russian Twists have largely become a thing of the past and even the traditional sit up has come under fire.

When McGill speaks, people listen and this is precisely why our story now comes to him. As early as 1999 McGill was co-publishing work on bridges and side bridges in relation to stabilising the lower back. By 2003, McGill himself was producing work for personal trainers directly related to the plank and side plank exercises (See here). 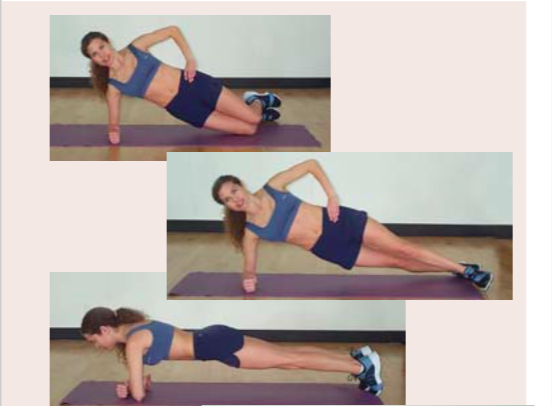 From the McGill 2003 paper cited above.

Was McGill a one man force in promoting the plank? No, of course not, but he was a hugely influential voice. People listened.

In 2005, Brian MacKenzie introduced 101 Evaluation Tests for athletes and the lay public covering a range of different tests, including, the plank exercise. 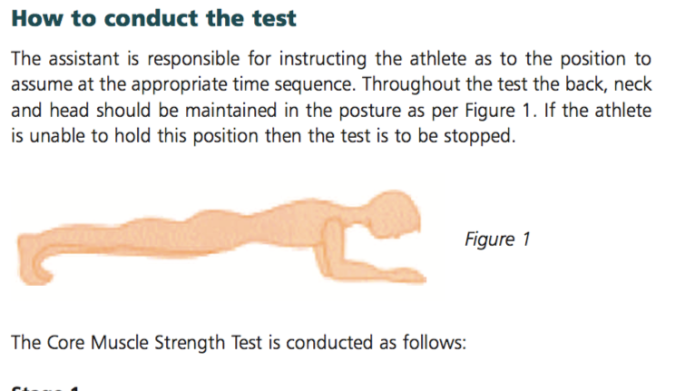 For teenage Conor, the MacKenzie tests were responsible for a barrage of sprinting, jumping and weightlifting on a regular basis. The joy of it all…

The plank then, was growing in popularity. Both personal trainers and the lay public were beginning to use it as we reached the height of the ‘core training’ craze, which I’ll probably cover very cynically in future posts. Personal training certs, such as Ace Fitness began to wax lyrical about it and the sit up was becoming replaced by the plank. This didn’t go unnoticed.

In 2009, the International Association of Fire Fighters dropped a sit up requirement in favour of a plank test at the behest of McGill and others in the field. That same year, word came from the US Army that planks may be included within their own entrance criteria to the exclusion on the sit up. At the time of writing, this has yet to happen it seems, although please correct me if I’m wrong.

That very identifiable institutions were dropping or considering dropping the sit up in favour of the plank was important for the very simple reason that it was reported widely. The plank thus grew in the public imagination.

Are Planks Worth Doing?

According to the International Sports Science Association, planks are one of the most effective abdominal exercises one can do. The protect the spine, engage the abdominals and are easy to teach. Furthermore the crossover from the exercise to other fields is seen as greater.

For those of you interested in different variations of the plank, I’d like to direct you here.

Anecdotally I think that of course the plank exercise has its place, especially for beginners or those overcoming injury. From personal experience however, I’m a little more sceptical. I spent easily five years devoting time to every plank variation you can imagine and it was not until I readdressed my form on the big lifts like squats and deadlifts that I began to truly stabilise my lower back (and by readdressing my form, I am referring to bracing correctly).

I combined squats and deadlifts with other larger movements for the posterior chain alongside strict abdominal work. This has improved my strength far more than planks every did. At the end of the day, or workout I suppose, it comes down to what are your goals and how useful the exercise is. I would be interested in learning how many of our readers incorporate the plank on a regular basis and how beneficial they find it.

Let us know in the comments. As always… Happy lifting!

One thought on “THE HISTORY OF THE PLANK EXERCISE”