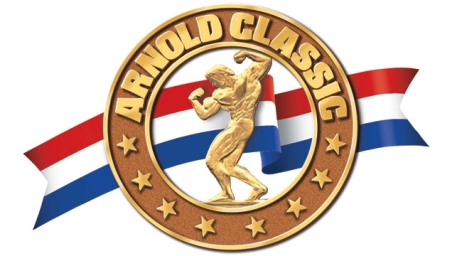 If you pay attention to bodybuilding media at all, when you opened your eyes on the morning of March 1st, you know the Arnold Sport Festival was kicking off in Columbus, Ohio, which will give way to the long-awaited (for some) Arnold Classic!

Also, if you’ve been following Engraved in Iron, you must have had a feeling that this would happen. Yes, indeed, we present, the history of the Arnold Sport Festival

In 1970, the multi-faceted Jim Lorimer (biography to follow in separate post) hosted the IWF/AAU world weightlifting championships in Columbus, OH. To increase attendance and raise funding, Lorimer did three things:

1) he added the Mr.World Contest to be held following the lifting bouts,

2) he planned for the event to be broadcasted by ABC’s Wide World of Sports,

3) he invited the recently 4 time Mr.Universe and up and coming bodybuilding star, Arnold Schwarzenegger to compete.

Several occurrences made this event extraordinary, including Arnold’s posedown against reigning Mr. Olympia Sergio Oliva, resulting in the Oak’s victory. Following this event, Arnold, who told Lorimer that this was the best event he had ever competed in, asked the latter to become his future partner upon his retirement in hopes of professionalizing bodybuilding, promoting the sport, and offering higher cash prizes; ensued the epic handshake.

About 13 years after his retirement, in 1989, (disregarding his one-time comeback in 1980), Arnold, along with Lorimer founded the Arnold Classic, which grew into the Arnold Sports Festival (Arnold Classic remains as the premier male bodybuilding show), held annually in Columbus, OH, where Schwarzenegger first got the idea 19 years prior. For those of you who follow the AC, you will notice that a separate event takes place elsewhere in the world. In 2011, the Arnold Classic International sprung as an extension of the ASF. The idea was to host bodybuilding competitions on various continents in that same year.

It is important to note that, although the Arnold Classic is held in Europe for example, bodybuilders from all over are welcome to compete and the same athlete can win multiple times in that same given year; Dexter Jackson and Kai Greene won twice in 2016.

The handshake is discussed in multiple sources. Arnold and Jim never signed a contract when they first discussed the ASF; that was the magic of it.

An interview in Flex magazine in 2016 touches upon this once more: “We have continually operated on a simple handshake agreement: No contract has been necessary and our steadfast faith in each other will continue.”